Passengers increase the risks for teen car accidents in Atlanta and elsewhere. On the other hand, parents can help to mitigate their child's risk. Two recent studies, unveiled in the Journal of Adolescent Health revealed that the presence of passengers can contribute to the likelihood of serious teen car accidents. Meanwhile, parents who are highly involved with their teen lessen their chances of a deadly crash. 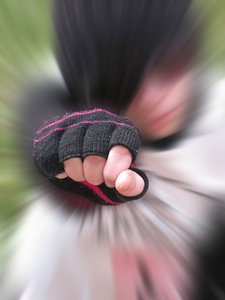 Our Georgia car accident attorneys understand the risks teens face on our roadways. They are not equipped with the experience and knowledge that you and I have gained over years behind the wheel. For this reason, as parents and as caregivers, it's crucial to stay on top of your teen's driving habits. Make sure they're following all of the laws laid out in Georgia's GDL Program.

In our state, drivers who have a restricted license, or an intermediate license, are prohibited from having any peer passengers in the vehicle with them during their first 6 months of holding this license. After six months of experience, they're allowed 1 passenger under the age of 21 in the vehicle with them. They are not allowed to have more than 3 passengers, even when they're over the age of 21, according to the Insurance Institute for Highway Safety (IIHS).

Passengers can directly influence a teen driver's actions behind the wheel. Researchers recently analyzed data from a number of car accident reports involving teen drivers and found that when passengers were present, teens were distracted just moments before the accidents. Both male and female teen drivers engaged in distractions because of the passengers, though the type of distractions varied depending on the driver's sex. Whereas boys were more likely to display a show-off behavior and drive more dangerously in the presence of other passengers, female teen drivers were more likely to engage in activities with their passengers which took their attention off of the roadway, such as talking or texting. States that have strict passenger laws and comprehensive GDL programs for these learning drivers typically have a lower accident rate for teen drivers.

"One in five females and one in four males who were driving with friends were distracted by something inside the vehicle just before they crashed," said Allison E. Curry, Ph.D., MPH.

Passenger-limiting laws aren't the only way to help keep our teen driver's safe on the road. In another study, it was also concluded that teens who had parents who were involved in their activities behind the wheel were typically safer on our roadways. Parents who knew where there teen was driving, when they'd be home and were familiar with who was riding in the vehicle and how the teen drove typically had a safer-driving teen. When parents are not involved in their teen's driving career, especially at this vulnerable age, teens are less likely to recognize the dangers and the risks that are associated with operating a motor vehicle.

If you or the newly-licensed driver in your family has been injured in a traffic accident, contact the Georgia Personal Injury Lawyers at The Law Office of Casey W. Stevens. Call 877-217-7230 for a free case evaluation. Representing clients in Atlanta, Alpharetta, Woodstock and all of North Georgia.