Nivea Hamilton Nash, the ex-wife of singer-songwriter The-Dream and mother to one of Lil Wayne's children, was arrested and charged with DUI after causing an Atlanta drunk driving accident, reports BET. The 29-year-old mother of four wrapped her Mercedes around a tree while one of her children was in the backseat.

After the accident, Nash was taken to Fulton County Jail. She was reportedly belligerent at the point of arrest. She told officers that she only had three drinks earlier in the evening. Police report that she had bloodshot and glassy eyes and smelled like alcohol. 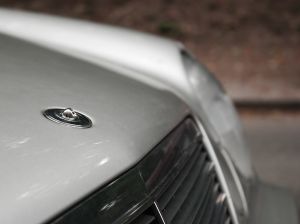 Our Atlanta car accident attorneys recognize the dangers that drunk drivers pose to innocent motorists on our roadways. Luckily no one was injured in this incident, but a majority of drunk driving accidents don't have such a happy ending. According to the National Highway Traffic Safety Administration (NHTSA), nearly 11,000 motorists lost their lives because of car accidents that involved a drunk driver in 2009 alone.

Nash and a number of American motorists made it onto the National Transportation Safety Board's (NTSB) "most wanted" list. According to the NTSB, someone is killed in an accident that involves an alcohol-impaired driver every 48 minutes. These fatalities consistently make up a third of all traffic fatalities every year. Drunk drivers don't always get caught by officers on our roadways. The NHTSA reports that a driver will make approximately 88 impaired driving trips before being arrested.

"We see far too many people suffer tragic injuries and loss of their loved ones as a result of drunk driving. This careless disregard for human life must stop," said U.S. Transportation Secretary Mary E. Peters.

"Our message is simple. If you drive drunk you will be arrested and prosecuted. No exceptions. No excuses," said National Highway Traffic Safety Administrator Nicole R. Nason.

If you or a loved one has been injured in an accident that involved a drunk driver, contact the North Georgia Personal Injury Attorneys at The Law Office of Casey W. Stevens. Call 877-217-7230 for a free case evaluation.