Lots of Blame to Go Around in Brazil Club Fire 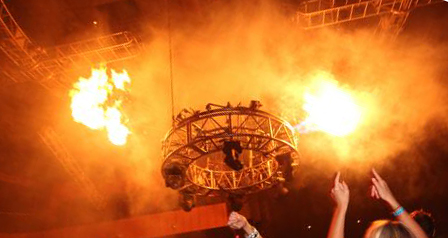 A few weeks ago, the world watched in horror as news broke about a deadly fire in Santa Maria, Brazil. The tragic nightclub fire claimed the lives of 235 people and left 143 more injured. Those affected by this tragedy wanted to know how it could have happened and who was to blame. It didn't take long for the finger pointing to begin, arrests to be made, and the club's owner's to obtain legal counsel to represent them.

The fire started when the band that was performing in the club set off flares during their performance and ignited the ceiling's foam insulation which was a cheap alternative to sound proofing material. The flares used by the band were said to be designated for outdoor use only, but that the band opted for them over those designed to be used indoors because they are much cheaper. The burning foam insulation emitted a thick, toxic smoke which made it difficult to see and impossible to breathe, adding to the panic and confusion inside the club. Bouncers were unaware that the fire had started and initially blocked the club's only working door because they believed that the panicked and frightened patrons were trying to leave without paying their bar tabs. Officials have stated that the legal capacity for a club this size was about 700 people, but the estimates of the crowd was closer to 2,000 people. The lack of fire alarms and sprinklers, along with a faulty fire extinguisher all contributed to the tragedy. One of the club's owners deflected blame onto the architects and inspectors who had certified that the building was safe, and blamed Sunday's tragedy on "a succession of errors made by the whole country." Although 2 of the club's four owners as well as the band's lead singer and show producer have been arrested, no charges have yet been filed, because under Brazilian law prosecutors can only file charges after the police investigation has been concluded. Police have stated that their investigation could take 30 days. In addition to the ongoing criminal investigation, Santa Maria's public prosecutor announced that there will be a separate investigation to establish civil liability.

Whenever tragedies such as this occur, liability quickly becomes a concern as there will be countless lawsuits from those who were injured and the families of those who were killed. In this particular example, the responsible parties are seemingly endless. The club owners allowed the club to become overcrowded, the band's carelessness started the fire, the bouncers blocked the exit, the faulty fire extinguisher was useless, and the architects and inspectors certified that the structure was safe. Joint or shared liability in personal injury law is common in some form in most countries around the world and will no doubt come into play as the civil investigation into this case unfolds.

Here in the United States, joint and several liability is an area of the law that dictates the financial obligation of the parties that have been deemed responsible in an accident. It is a popular subject of tort reform and many states have placed limits on the liability that one party can shoulder, or eliminated it all together - Georgia eliminated it in 2005 with O.C.G.A 51-12-33. While those in favor of eliminating joint and several liability argue that it is neither fair nor rational because it fails to equitably distribute liability, many in the legal field believe that eliminating it altogether is unfair to victims. Using the club fire as an example: Under joint and several liability, the court could rule that the club owners, the band members, the bouncers, and the architects and inspectors are all responsible in their own part for the tragedy and levy a judgment against them as a group to pay the survivors and families of the deceased. Should the band, for example, be unable to pay their share, then the remaining parties would be required to pay the band's portion as well as their own and could then pursue legal action against the band to recover what they have paid. Conversely, where joint and several liability does not apply, the court could assign 85% of the liability to the band, 10% to the club owners, 5% to the bouncers and find that the architects and inspectors hold no liability. If the band is unable to pay, then the victims can only recover the remaining 15% of the awarded settlement from those who are able to pay. Therefore, the victims or their families would be denied compensation that the courts have said that they deserve and forced to settle for much smaller payouts.

O.C.G.A. 51-12-33 eliminates joint and several liability in the state of Georgia and requires a jury to apportion damages among negligent parties and, in certain circumstances, non-parties. So, if a party is found 25% responsible by the jury, then they would only be expected to pay 25% of the entire settlement awarded to the victim; and the jury could find that a party that is somewhat responsible cannot be held liable. While many personal injury attorneys believe this reform is unfair to victims, it makes proving liability a more crucial part of preparing a case. The apportioned liability is completely at the discretion of the jury and attorneys must carefully assess liability and present their arguments in such a way as to maximize their client's settlement.

Liability relating to injuries and wrongful death can be tricky to determine and difficult to understand. A personal injury lawyer who focuses on liability issues all of the time can explain how liability affects your case. Contact the Law Offices of Casey W. Stevens for a free case evaluation today.