There was a balloon release recently at the Kroger store in Grayson to remember two teenage employees who were killed in a Georgia car accident in Gwinnett County, according to The Atlanta-Journal-Constitution. 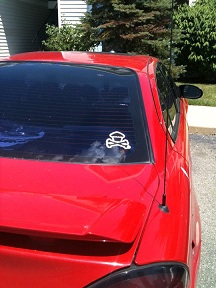 Officers are still investigating the three-vehicle head-on crash that killed the 17- and 19-year-old employees. The accident occurred at the intersection of Grayson Highway and Webb Gin House Road. A third occupant of the vehicle, another 17-year-old, was also involved in the accident, but was lucky enough to survive. He was taken to the Gwinnett Medical Center and was last listed in critical condition. Also in the accident was a 51-year-old from Loganville who was later slapped with a DUI charge. A 22-year-old from Grayson and her 21-year old passenger were also treated for injuries at the scene of the accident. The 22-year-old was then arrested for an outstanding warrant. Lastly, a 49-year-old female from Loganville was transported to Gwinnett Medical Center to be treated for the injuries sustained in the accident.

Our Atlanta car accident attorneys understand that teenage drivers face higher risks for accidents than older, more experienced drivers. Regardless, our thoughts and prayers go out to the families affected by this tragic accident. As we start the New Year, parents are urged to talking with the teenage drivers in their lives about staying safe on our roadways.

According to officers, the teenage driver was heading west on Webb Gin House Road when she veered the vehicle into the center lane just west of Chadwick Park Drive. Upon entering the center lane. She sideswiped another vehicle, which was sent spinning into the last involved vehicle.

Officials are still investigating the accident to determine the exact cause.

There was also a candle lighting at Grayson High School to honor the 17-year-old student who was killed in the accident.

Parents are urged to frequently talk with the teen drivers in their lives about safe driving habits. The Georgia Department of Transportation is here to help parents with the task. Remember to stay actively involved in a teen's driving career long after they've received an unrestricted driver's license to help reduce their risks of a potentially serious car accident.

If you or the teenage driver in your life has been injured in a car accident in Georgia, contact the Atlanta Personal Injury Attorneys at The Law Office of Casey W. Stevens. Call 877-217-7230 for a free case evaluation. Serving clients in Dawsonville, Alpharetta, and throughout North Georgia.