Aggressive Driving Is Not A Laughing Matter in Georgia Attorney

It was once said, a sense of humor is the lubricant of life's machinery, but there is nothing funny about aggressive drivers in Georgia. If you drive a vehicle, chances are that you have dealt with aggressive drivers. There are three main love to hate types of aggressive drivers: the all too familiar driver trying to set a new world record for top obtainable speed on the interstate, the driver who is such an incessant tailgater that you swear they have some secret device installed on their car and have somehow latched on to your back bumper, and the most unpopular driver of all--the driver who cuts you off, especially in Atlanta rush hour traffic. 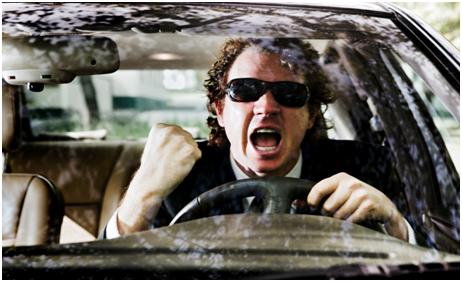 Aggressive driving accidents often result in multiple serious injuries and death. There are many cases where men, women, and children have suffered paralysis, brain damage, amputation, and other seriously disabling injuries. If you are targeted by an aggressive driver, there are some proactive steps suggested by JD Power that you can take to prevent an auto accident from occurring.

What to do if You are Targeted by an Aggressive Driver

Our North Georgia personal injury attorneys understand the correlation between aggressive driving and vehicle accidents. If you were in a car accident due to another driver who was driving negligently in an aggressive manner, contact our skilled lawyers at The Law Office of Casey W. Stevens for your complimentary case evaluation at 770-408-6364.